Yesterday morning we didn’t have a toddler/activity planned and I decided to go for a bit of shopping as I still needed something to wear for the Christmas lunch.
Normally I always take the buggy with me but, since it’s a light weight one and it constantly flips over if Catherine is not sitting in it, I decided to go stroller free and used a cart instead. I didn’t have any expectations as Catherine normally hates shopping but the morning went wonderfully well and we had so much fun, I still cannot believe it actually 😉 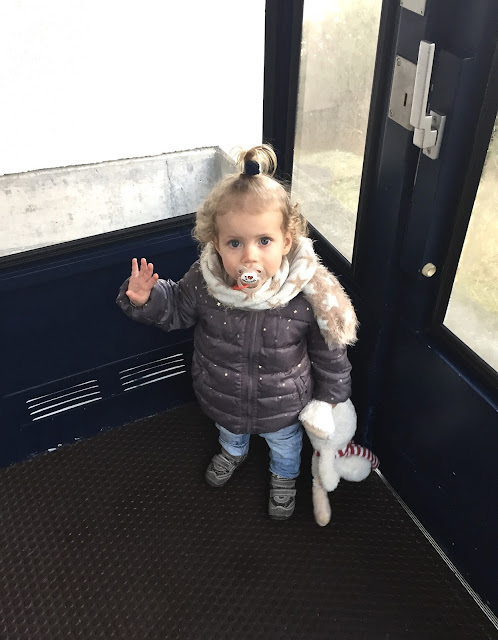 Catherine didn’t want to leave the house unless accompanied by one of her Teddie’s, this time the lucky one was Mr. Reindeer which she, obviously, forgot about as soon as we entered the mall. I indulged in a croissant (I believe they are my favorite food) and a hot latte, it goes without saying that I had to share the food with the Toddler, well I guess in certain ways we do look alike. 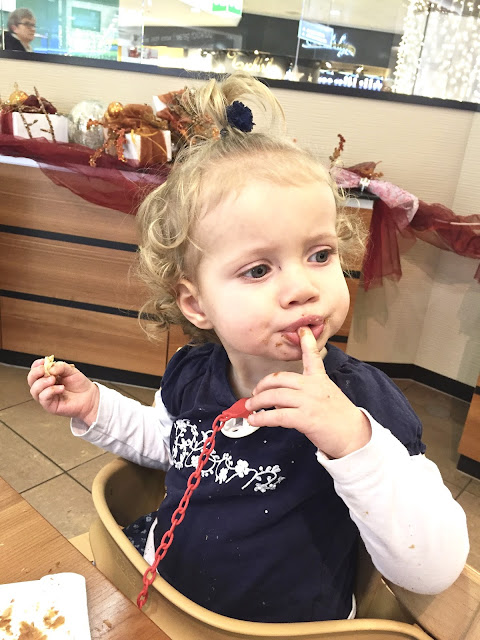 After breakfast we browsed through Manor a lovely Swiss department store, Catherine always loves to go there because of the toys section. I let her off the chart and she was all over the place, being in Switzerland I was expecting the staff to tell us off but probably they did’t see us 😉 She also got a very funny hat which is actually for boys but I liked it much better than the girly one (all way too pink for my taste). It was hard to settle her back into the shopping cart but she got immediately all busy trying to put her new hat on, so funny! 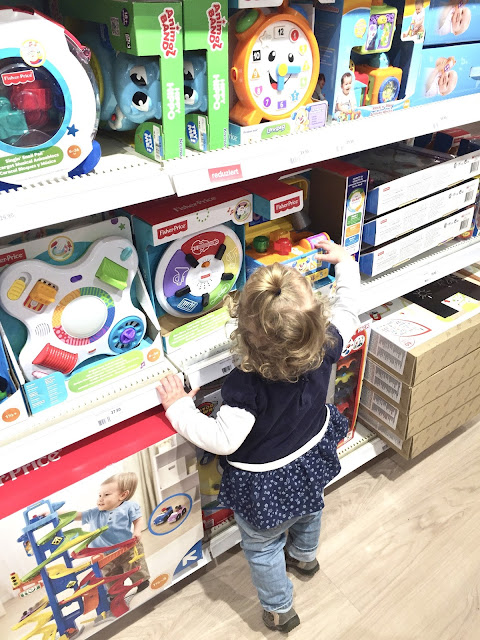 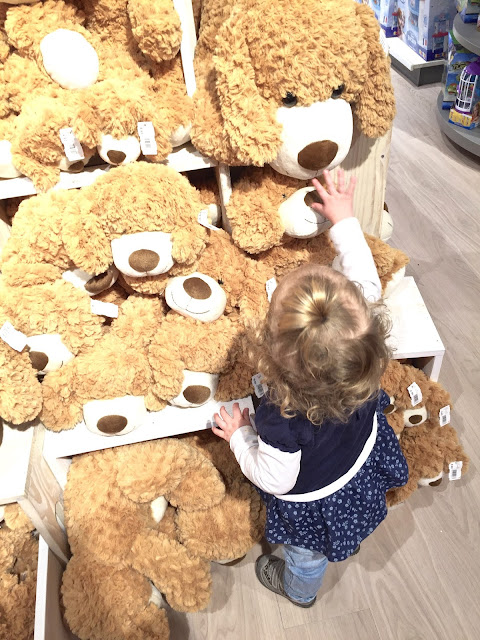 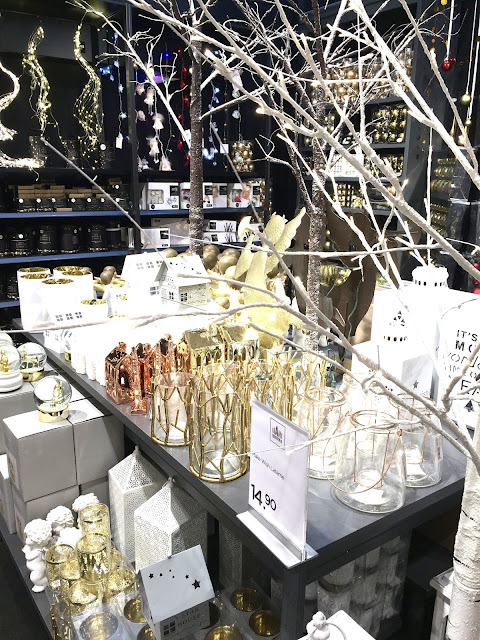 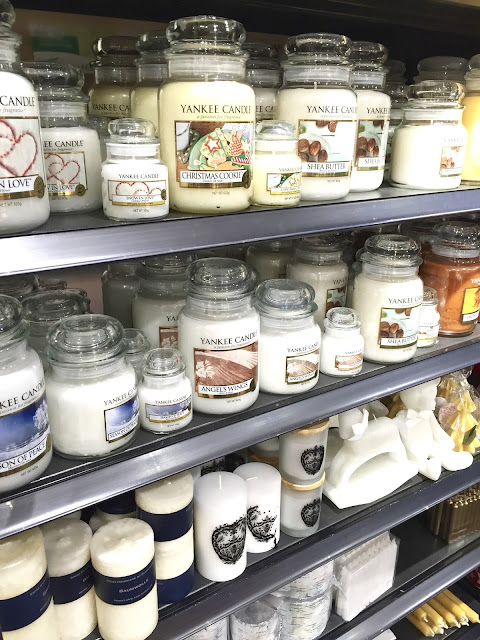 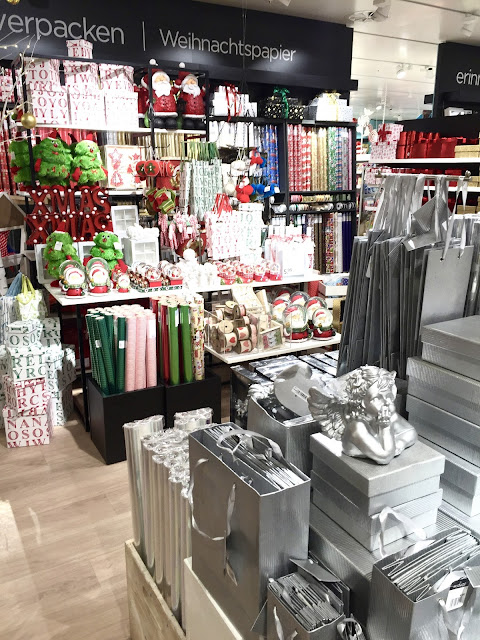 Ultimately we went to H&M where the sales were already on, it is quite odd but here in Switzerland, most of the stores starts sales just before Christmas. Good for me!! I tend not to buy much here as the price are much higher than in Europe but with the sales on it was ok. I was rushing as I thought Catherine would start moaning pretty soon but I was lucky and she behaved like an angel: I think perhaps the cart was a great idea as it had a better perspective and she could pretty much touch everything 😉
I also found a nice golden skirt for Christmas!! I was going for a sequinned jumpsuit but then I realised that I would never use it again afterwards (can’t really go groceries in it, can I?)…the skirt was only 20 CHF so I could also squeeze in a much needed cardigan. The Toddler also got her fair share of shopping as I got her a fluffy, shiny black cardigan to complete her Christmas outfit! She  made me laugh when she started dancing like crazy, with her tiny finger in the air. She was quite a chatterbox as well, she wouldn’t stop “baby talking” super loud and everyone was laughing! 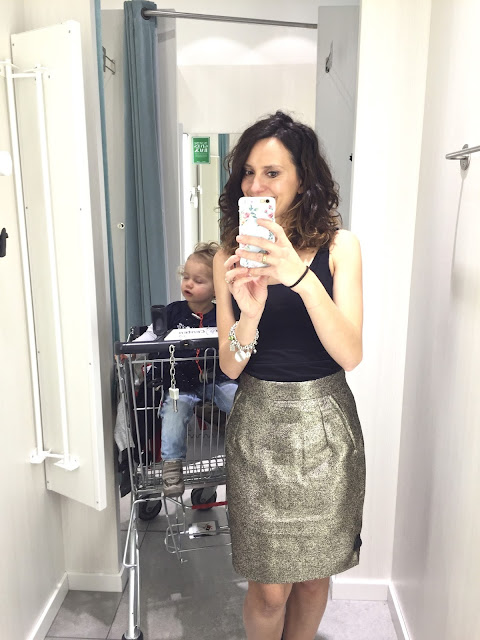 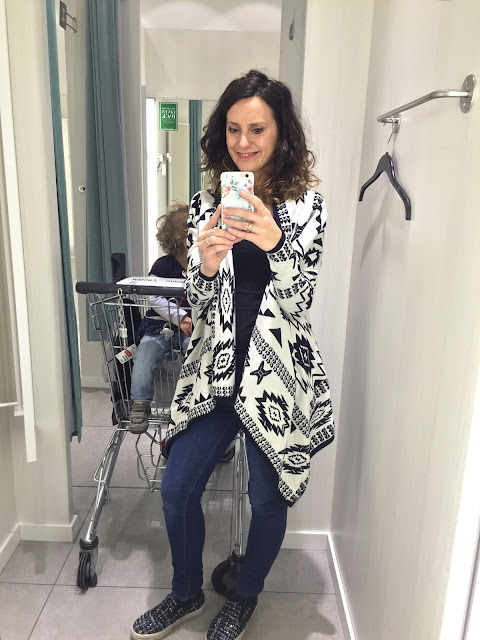 I think maybe the buggy used to be the problem, if so I have a long life of happy shopping ahead 😉 Well, probably it was just luck but at least we had the coolest morning ever!