Yesterday was another foggy day but, thank god, the Toddler was much better behaved and calm.
As every Sunday I tried to create a nice table setting for our breakfast : it’s a little effort but to me it really makes a difference, I had croissant with butter and jam and litres of black coffee while my husband (he’s the healthy one) juice and toast. Catherine only wanted half of her milk bottle so she filled her little belly with a slice of cheese, boy this girl really doesn’t have an inch of Italy in herself! I mean cheese for breakfast? Who does that? Well in Italy almost nobody so she’s surely most on the Dutch side 😉 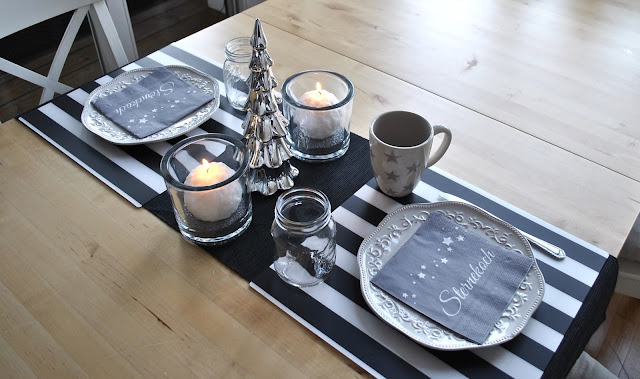 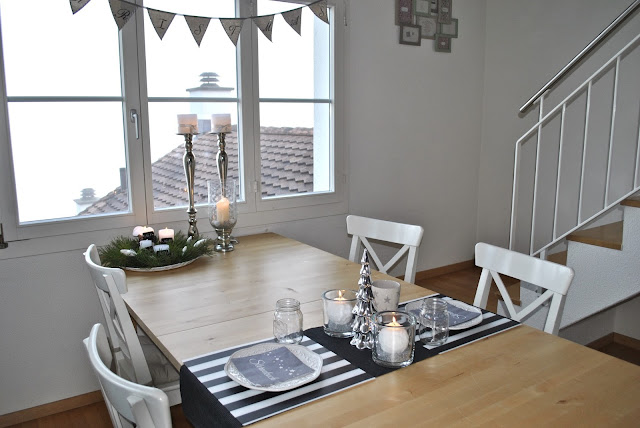 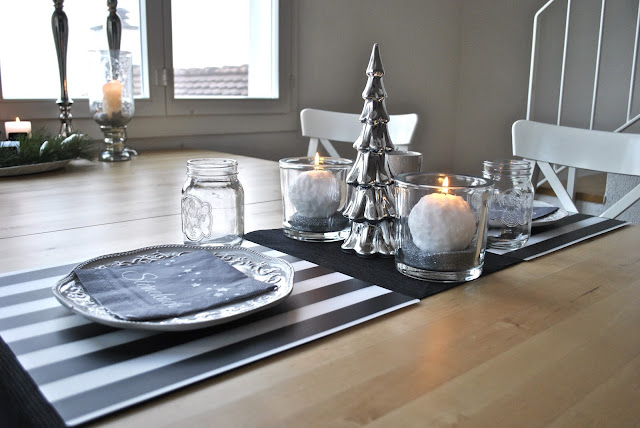 After breakfast Charles took the dog and Catherine for a walk in the woods which is why I could actually write two post in one day. It’s nice to have a couple of hours alone, I can get something done in a more efficient way than when I have a Toddler literally hanging on my clothes! 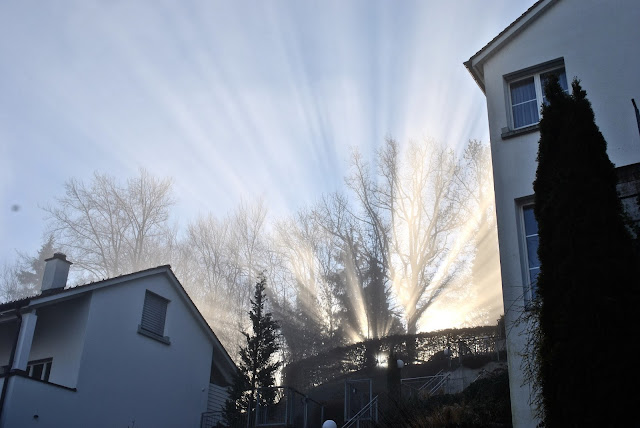 We had lunch at home and Catherine managed, for the first time, to eat a whole thick soup on her own! She did quite well, she was so pleased with herself that she would clap her hands at each spoonful that she would correctly put in her mouth. Of course, she made a mess (especially when she started licking the bowl) but that’s what kids do and I was so pleased to see that she had quite an appetite! 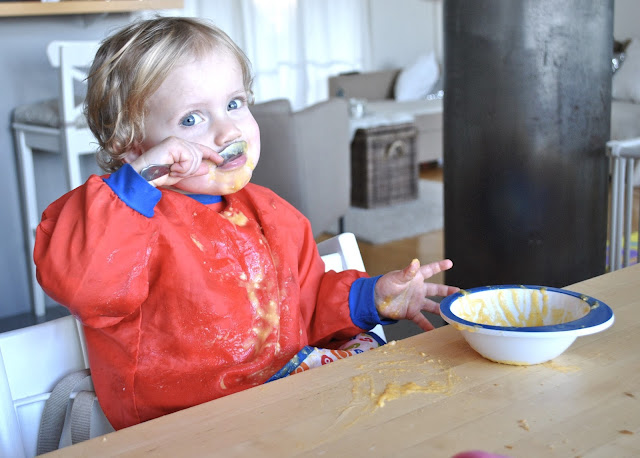 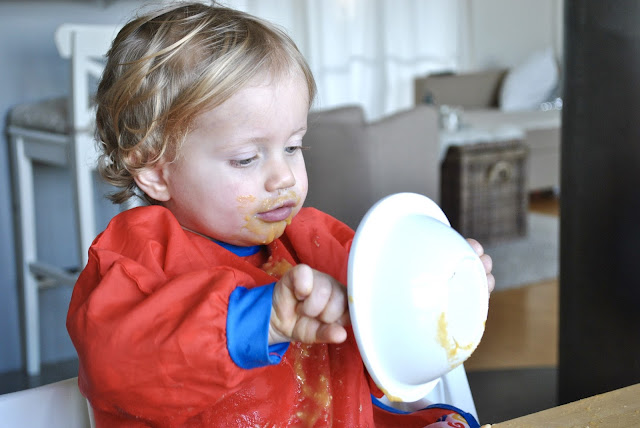 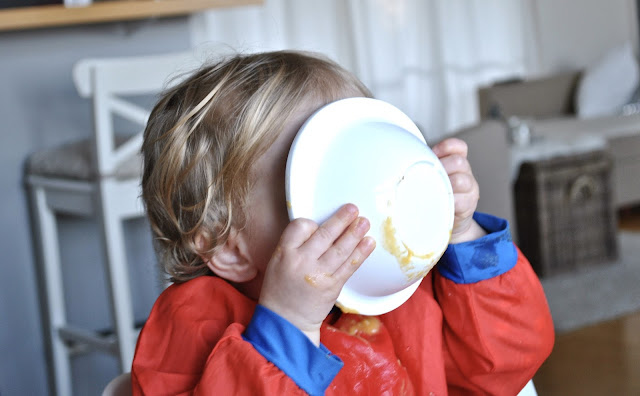 After her naps we went to some friends for an early dinner, since she woke up in pain and (again) in a terrible mood we gave her some pain killer and she was like new once the medicine kicked in. I’m always very cautious in giving her meds but I could’t see her spending another afternoon in tears from the toothache.  Despite having half a bottle of milk before leaving she discovered too soon the cheese snack I had brought with me, so she had a pic-nic on the floor and ate the whole thing. She also really enjoyed cauliflower soup, meatballs, more veggies and, mind you, chocolate and ice cream! Haha, I hope it’s not my food that troubles her although I wouldn’t be surprised at all considering my cooking skills 😉 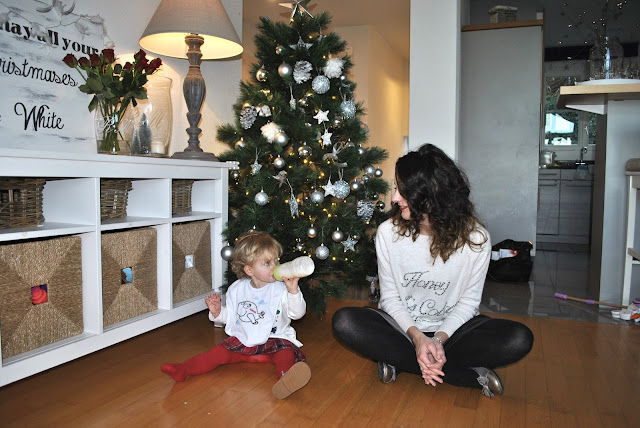 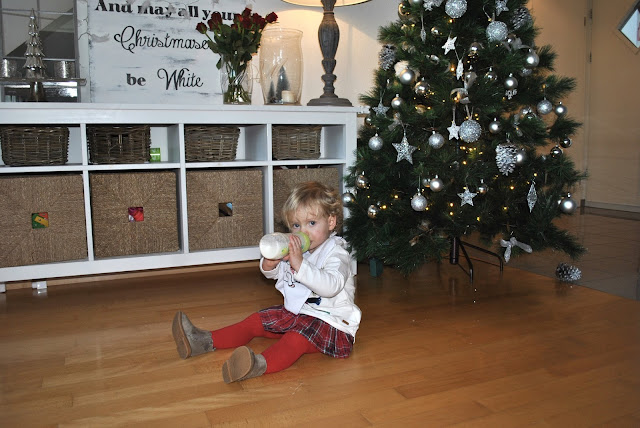 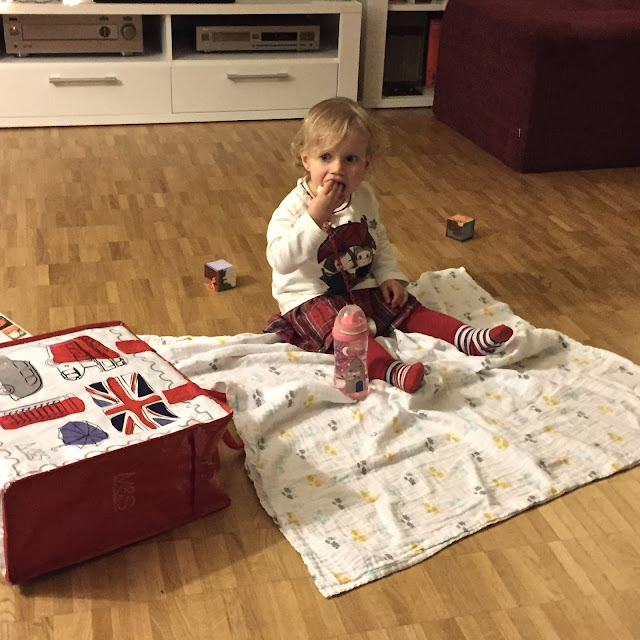 This perfect evening ended up with her having a blast while being allowed to open and shut a window plus several kitchen cupboards, she was so excited about it that she would clap her hands each time she closed something. Yes, she’s really a clapping kind and what a funny character she can be!